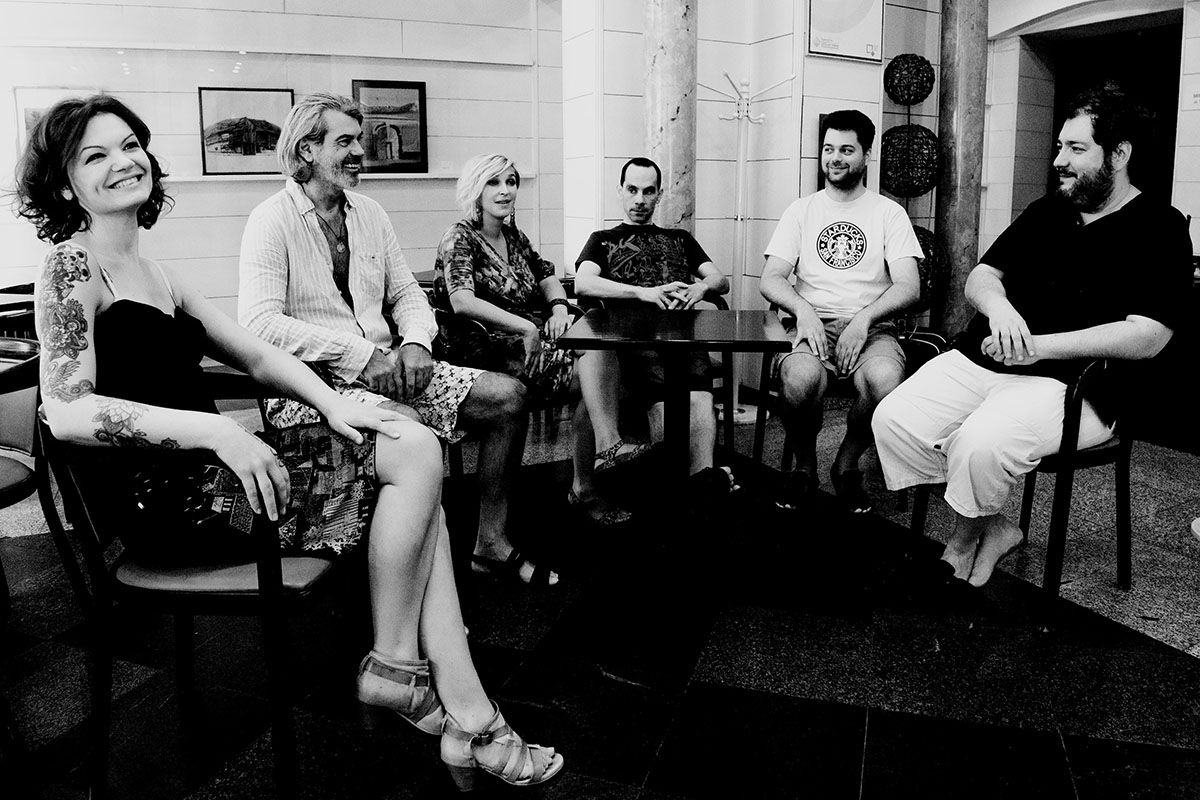 ‘Flow Vertical’ is a tour de force of composed and improvised music ranging from chamber music influenced pieces to a wonderful solo sax performance and everything in between. An unusual album that kept me listening with its twists and subtle little melodies and the power of the compositions and performances. A new voice to listen to!

Those who are open to it will undoubtedly perceive mood movements when listening to Flow Vertical and are consciously and unconsciously affected by the music, but also for those who have less of a musical philosophy, there is more than enough to enjoy. The music on the album is varied, sparkling, emotionally charged and sincere. The way in which Jovicevic shapes her compositions, the uncommon instruments and the way in which the instruments color together, makes originality and beauty go hand in hand… When the album is over, a blissful feeling remains. At the same time, there is amazement at what has just happened to musical expressions. Jovicevic and her sextet make music that you do not easily let go, that is not so easy to catch and is surprises with the great musical wealth time and time again. Flow Vertical is a comprehensive, spirit enriching and simply amazing album.

Every now and then there is a new musician on the regional scene who with his vision of music, creative arrangements and above all talent, out of the average, in all music genres and so on in jazz. The musician who jumped high above many on the jazz scene is called Jasna Jovicevic with her fifth discographic attempt "Flow Vertical", presented with sextet… At times, the musical expression resembles the great Philip Glass and the works of the celebrated Kronos Quartet, and her authoritative approach to this interesting music experiment deserves a carefully reiterated listening to this great album.

'Flow Vertical' is masterfully arranged music psychotherapy with sound, music created for performing on the Biennial, a contemporary classical jazz, which is free and resilient, seductive rather than atonal …One of the most pleasurable surprises of this year's regional jazz scene comes in the form of a new edition of saxophone sequel Jasne Jovičević, "Flow Vertical".

The hypnotic, enchanting riff at the center of “Drifting Upstream” is that steel drum-like sampler. Ms. Jovicevic’s playful, childlike voice is used decoratively on this song, making it even more charming. It turns out that Ms. Jovicevic is also a fine saxist and gets chance to do an inspired duo with drummer… This is quietly inventive disc, a pleasant surprise from FMR.

"The very purpose of this music is to make emotions felt by the listener , so in this sense, "Flow Vertical" is truly charged and carries us blindfolded by its beauty and the power of its interpretation. It is a real success, and we would now like to continue to discover it live.”

It is research of sound vibrations through music, and its direct impact on our body, energy, and creativity.

Composer and improviser, Jasna Jovicevic, explores the creative process in composing and improvising, witnessing and producing certain sound frequencies, which in a particular way, influences our mind, body and energy centers (chakras). This is a conceptual program music, divided according to psychic centers in the human body. It is written for string trio, bassoon, percussions, saxophones, bass clarinet, spacedrum and voice. Interaction and collaborative performance are smoothly interrelated with contemporary approach in chamber jazz. 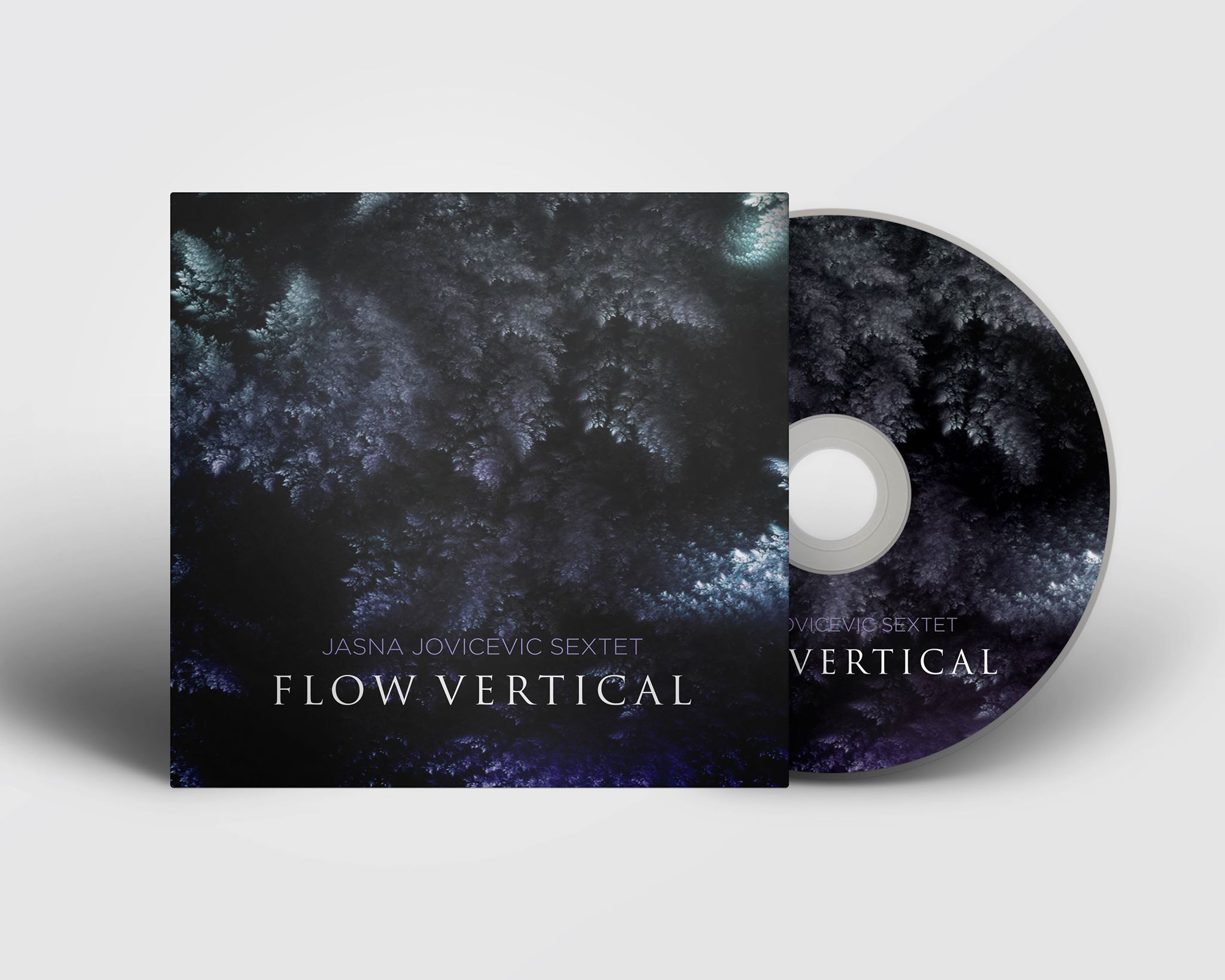 „Serbian multi-instrumentalist Jasna Jovicevic seeks to bridge the worlds of chamber jazz and free improvisation on her latest release, Flow Vertical. But she's not content to stop there, as the album is animated by a heady concept drawing on Jovicevic's background in yoga to create music that is, as she puts it, "divided according to psychic centers in the human body." To be sure, the ambitious music on hand delves into a variety of emotional and stylistic registers, and much of it is quite fetching, so that even if one doesn't follow Jovicevic's metaphysical trajectory there is still a lot worth investigating here.”

- All About Jazz- Troy Dostert

"Flow Vertical is a top-flight demonstration of what Jovićević can do as a composer and performer.Tracks such as Speak Loud My Inner Child show off Jovićević’s unaccompanied saxophone prowess. Still others like Rising Barefoot Ballad and Silver Winds of a Thousand Petals create close-knit harmonies which express such intense emotionalism that either could be part of the formal Romantic canon."

"Flow Vertical"(FMR) is a minimalist introvert album that eludes any limitations. Psychotherapeutic music. Seductive with her atonality. A plate of thousands of nuances. Sometimes very abstract, to immediately enriched sound path with a powerful emotional charge of the melody. This record is a journey from the sound of perversity to contemplation. The album is evidently spiritual in character, and some compositions impress the listener with extraordinary emotions. The subtlety of the melody with the power of compositional constructions is also for the eye of the avant-garde. Even more amazing is the interaction of the team members. The driving force is the improvisational concept and the dynamism of the divergence from chamber music to the extroverted saxophone solo leader. Each of the songs, however, tells stories using different tools. Originality and beauty go hand in hand with expression and honesty. A versatile, and above all enriching album, which cannot capture the whole, but many of its fragments create an illusory phenomenon.”

“This is a wonderfully eclectic and exploratory set of compositions/improvisations by saxophonist and composer, Jasna Jovicevic. The music presented in this release is a far cry from the usual jazz sextet instrumentation, but Jasna's deployment of the chosen instruments is quite stunning and ultimately effective…this is a most satisfying album that has plenty of interest melodically, rhythmically and in the wonderful arrangements that Jasna creates for the sextet.” 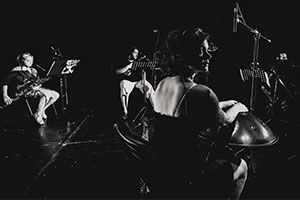 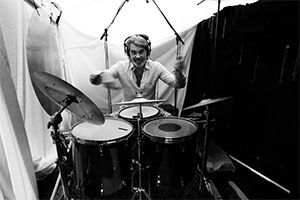 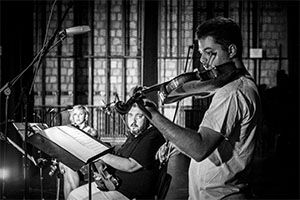 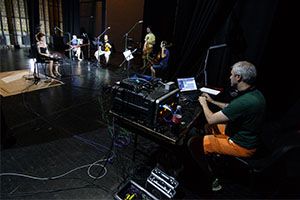 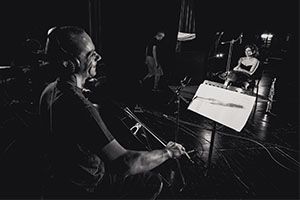 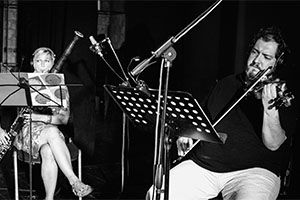 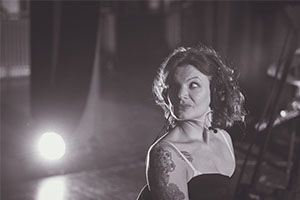 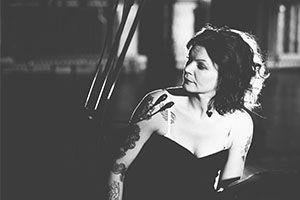 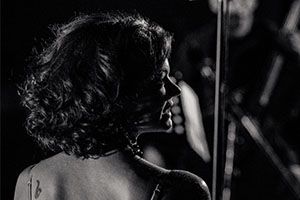 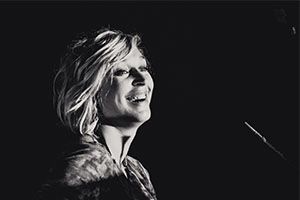 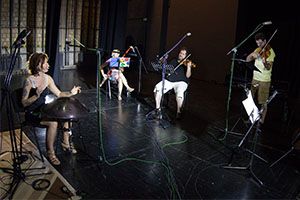 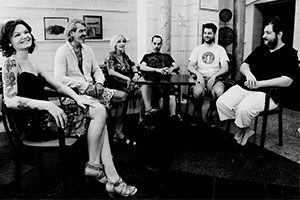 
Live recording from S.U.T.R.A. Festival from Museum of Science and Technology, Belgrade

Vertical Flow is a research of sound vibrations through music, performance, quantum measurement and yogic practices, and its direct impact on our body energy and creativity.

Composer and improvising musician, yoga instructor, JasnaJovicevic, explores the creative process, which in its structure contained a complex chakra cleansing yogic practice (energy centers in the human body) of 16 days. During the withdrawal, in comparison to the impact of yogic practices on the body, mind, spirit, emotions and energy, she composed and improvised music, whose frequency characteristics peculiar to certain energy centers of her being. The music that is created during the process, is presented in the form of concert music program for quintet.

In the process of creating and playing music through a variety of practices, artist was the subject to SCIO (Scientific Consciousness Interface Operation System)measuring apparatus, which is supervised, accompanied and analyzed at different levels by quantum doctor. The changes are recorded and documented as certain quantum parameters. The results of this research demonstrate the change on different levels of her being, caused by certain sound frequency, and fusion of music and spiritual practices.

During the concert, the artist is also diagnosed with the Aura measuring system, projected live to the audience. Viewers have the opportunity to listen to music created during the process of withdrawal, and testify the changes occurring in the energy body of the performer, projected in real time, as well as the influence of music on themselves.

As a practitioner of Nada Yoga (yoga of sound) and musician improvised music, exploring new systems in which music, improvisation and raising the awareness of audio frequencies in us and around us, directly influence the improvement of the quality of vibration. Jasna believes that "conscious improvisation 'has healing power, both the performers and the audience. 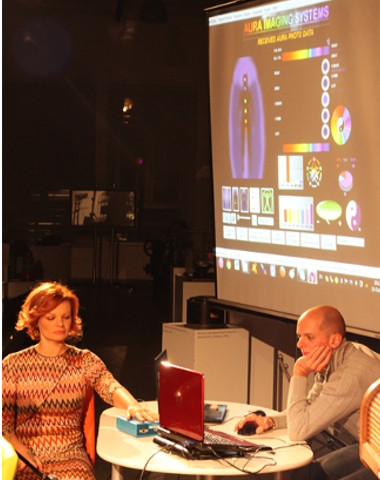 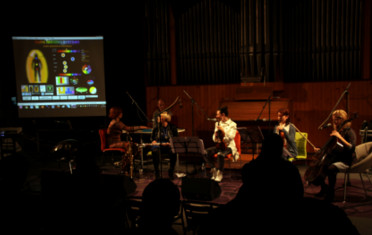 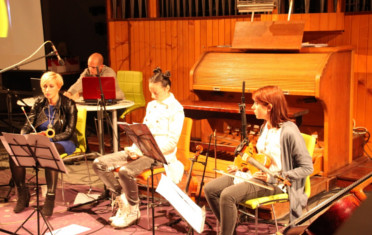 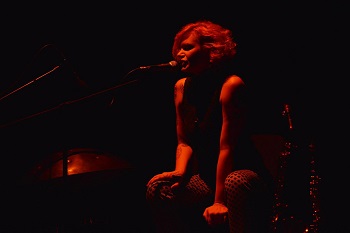 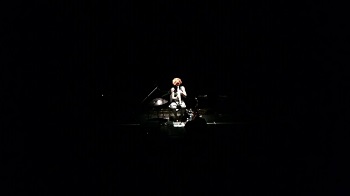 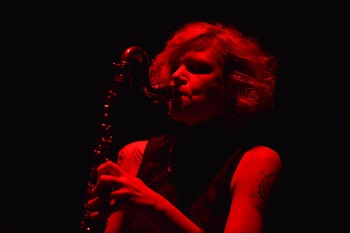