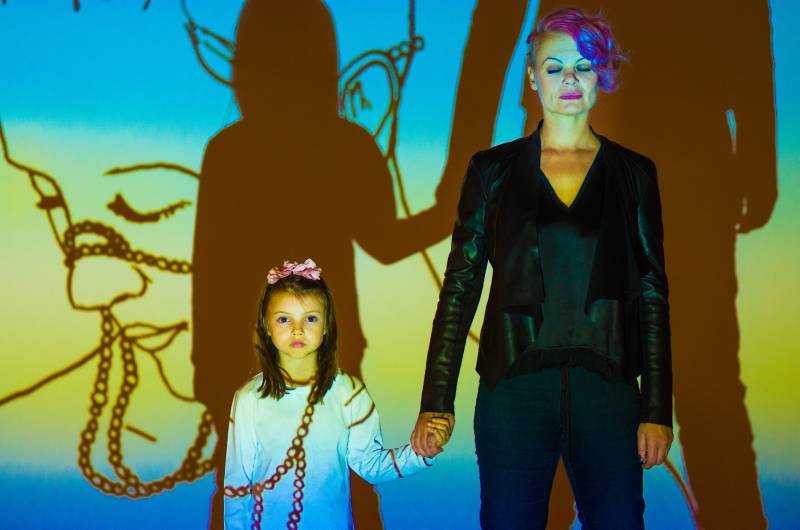 I sit and
worry about her

“I sit and worry about her” is a musical improvisation experiment, a spontaneous interaction fluid process which, through a transdisciplinary approach, and the help of neuroscience, technology and social engagement, explores an authentic artistic expression. The working concept resembles an incessant and endless worry of mother for her daughter, presented auto-ethnographically by the author through the sonification of brain waves, a constant improvised caring song. A several months long research and the work development is realized in collaboration with experts from The School of Electrical Engineering, University of Belgrade, and produced by the Center for the Promotion of Science.

During the performance of this collaborative event, four mothers that have daughters sit still on the scene, facing the author. While they are listening to the improvisation and audio-samples that trigger certain emotions and thoughts, their brain signals are being measured by the computer system based on the OpenBCI tool. In real time, their state of consciousness, as a reaction to music and audio-stimuli that the artist creates and plays, is being estimated. During the performance, the author, with the different sound frequencies, instruments and improvised content, generates three kinds of brain waves in the mothers: alpha, beta, and theta. Alpha waves are dominant in the state of relaxation, beta appears in the state of concentration, and theta waves show up in daydreaming. The computer system registers the dominant brain wave which reflects the condition of mothers, and as a response, it plays the sound diagram that the artist composed in advance, and which represents the frame for the improvised composition. Acquired sound signals are being heard in the performative space, instigating an interactive communication between mothers and the artist, which reacts with the improvisation. The unpredictable sonic content from the brain waves is being manipulated once again by the musical improvised content. Perpetual modification and mutual communication through the sound effects, that activates new possibilities in the sonic game among the participants, becomes a self-making musical piece. The process of immediate composing is woven out of the human and non-human elements, placing the human body in the role of a mediator, which through the software analysis and a spontaneous mixing with other bodies, creates a new hybrid artistic expression.

Will she step into my shoes?

Will she know how to overcome obstacles which I also had to, will she be comfortable in the socially shaped portrait of a woman?

With practice, I sharpen my perception so I can witness each of my flowing thoughts. Careful and silent, I catch them and turn them into sound. I make music out of thoughts because it is easier for me to hunt them, hear them and control them in this way. With my instruments, I manipulate the vibrational field, and by the electric flow of my body, I teach myself how to read through the content of my thoughts. I vulnerably make the present moment conscious through free improvisation. I use sound as a tool for translation, implementation, and transformation. In the torrent of thoughts, I easily recognize a constant worry of a mother for her daughter. If I observe the thought with my presence, it goes away and loses power over my body.

Through the music experiment, together with daughters’ mothers of different generations, we create a collective composition of the worry, which is like a brain wave, constant, unpredictable and demanding, no matter the age or social circumstance. I expose the mothers’ brain signals to measurements, their body becomes a mediator, and the information translates into the music of bio-signal frequency. Through an affective merging of the body and expression, we sonically mark an interactive event. Multiplying our worry into one, we distribute support, compassion, and peace through the collective sound.

Daughters and Mothers in Performance 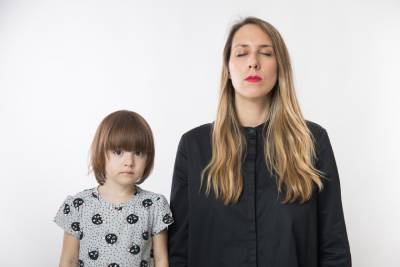 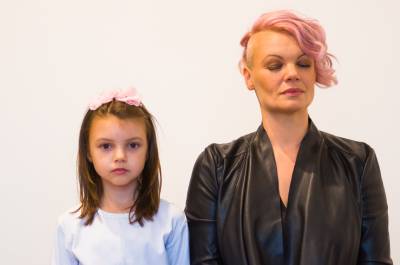 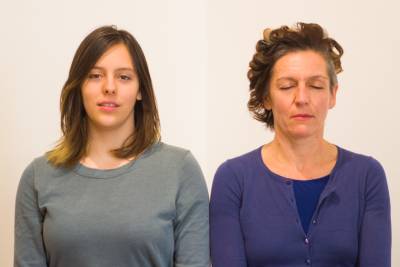 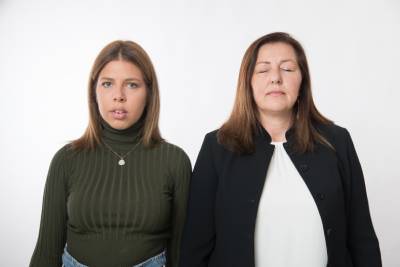 I worry about her because I see myself in her actions 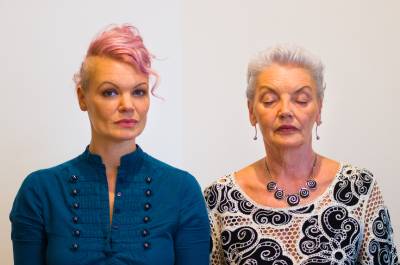 I worry about her because she always chooses the hard way

4 Mothers with daughters of different age were invited to participate and talk about their worries concerning their daughters throughout the process of the artistic research. In various points of daughters` life, mothers are concern how they children act and react in the society, how they find their safe place, and worry if their will fit into the given models. All of them wish their daughters the Freedom.

Analyzing the Poetics of the music experiment

Inside this captured event, there are several assemblages (heterogeneous interacting human and non-human, virtual and actual elements) that rhizomatically relate in different dimensions; from the minor gesture in brain electric impulse continuum, its self-enjoyment and experience, toward interrelation between brain and sound frequencies, to the interaction in affective modality that creates authentic collective identity during the performance questioning subject and object unity of movement. By analyzing and sonifyng the brain activity emerging under the influence of an acoustical stimuli and interactive improvised music, the virtual potentialities of the work and the thusness of the event are being converted into an improvised sonic event, composed of positions appearing retrospectively.

For this experiment, I used knowledge from Yogic tradition, various compositional and improvising techniques, relied on scientific meaning, qualitative and quantitative measurements, influencing each other, producing new epistemic and artistic outcomes.

Technology : gold cup electrodes that register brain activities (put on the head), these brain activities are augmented by OpenBCI Ganglion hardware which is sending the signal through Bluetooth protocol to the computer. On the computer, activation and visualization of the EEG signal take place, as well as online signal processing in OpenVibe software. Notch filtration and frequency band extraction (alpha (8-13 Hz), beta (14-30 Hz) and theta waves (4-7 Hz)) is performed in real time. 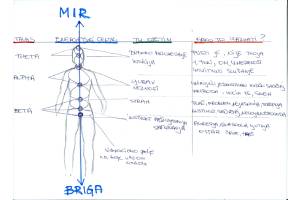 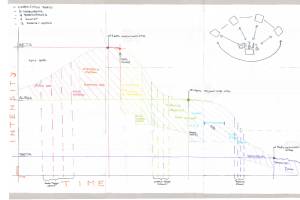 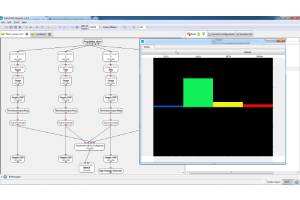 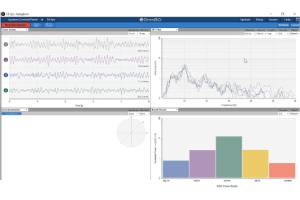 I sit and worry about Her

Process of research and production 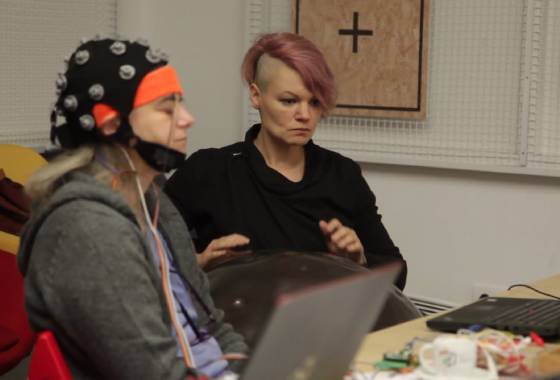 I sit and worry about Her 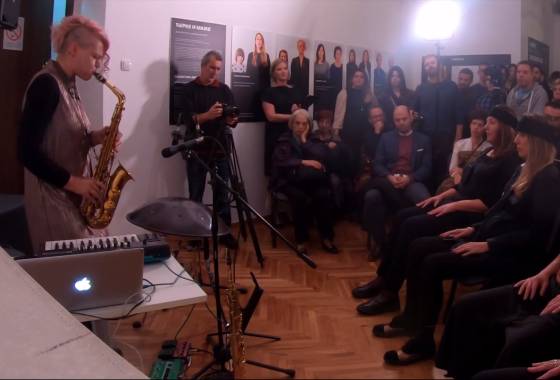 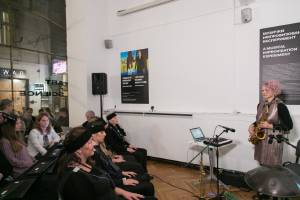 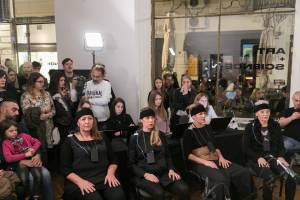 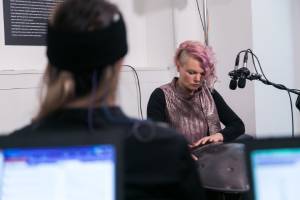 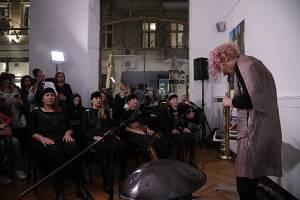 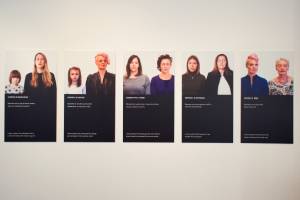 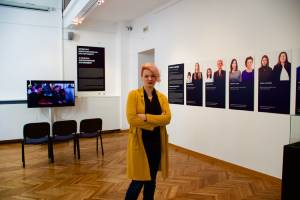 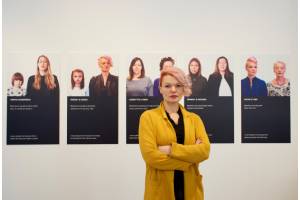 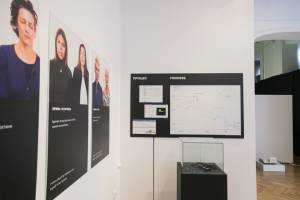 Center for The Promotion of Science, through the EU project European ARTificial Intelligence Lab (AI Lab).