SUper Saxophone Quartet is a band made up of acclaimed musicians from Slovenia, Serbia, Hungary and Ukraine; Gabor Bunford (soprano, alto), Max Kochetov (alto), Adam Klemm (tenor) and Jasna Jovićević (baritone). All of them are band leaders, composers and excellent improvisers; although their quartet smoothly blends, it contains the individual expressions. Saxophone quartet repertoire includes original contemporary composed and improvised music, modern jazz, distinguished but easy to listen. The intensity and dynamics of harmony that four saxophones create, provide an authentic atmosphere and musical experience interesting not only for jazz and contemporary music lovers. 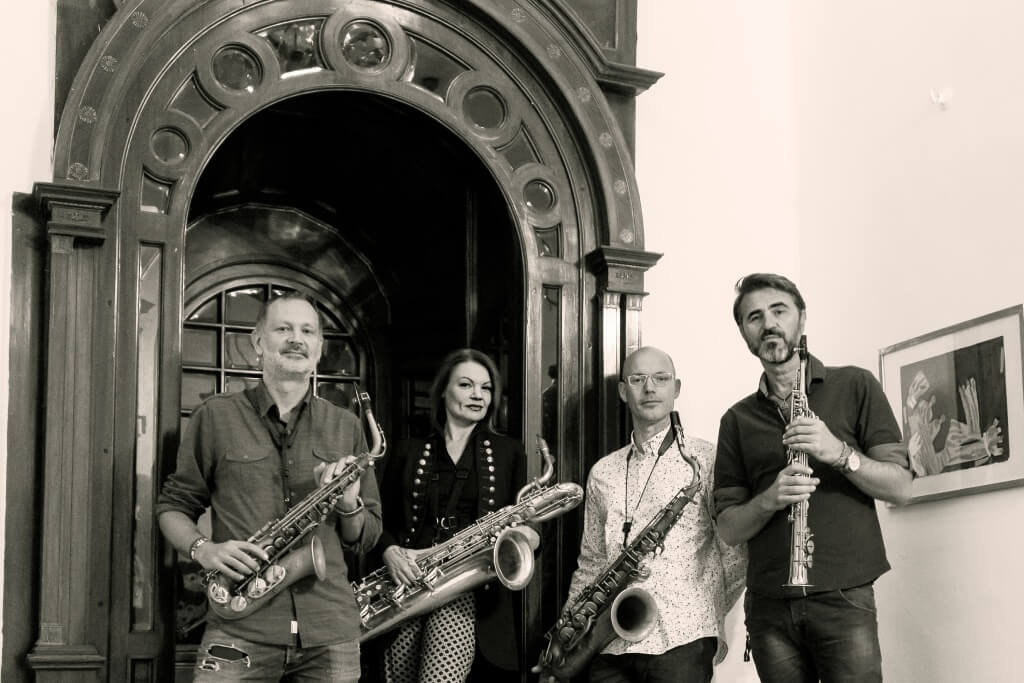 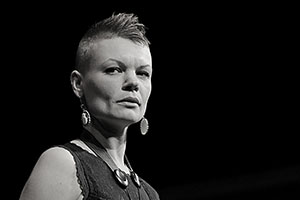 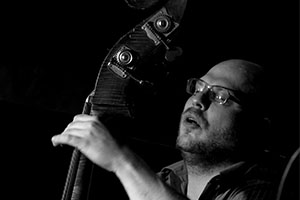 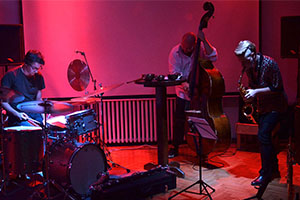 This trio brings musical freshness with its originality, open forms and freedom. All three musicians are known for improvisation, composition and contemporary approach in chamber jazz. They play original music, mostly spontaneously composed. In November 2018, within the Artist and Residence program in Novi Sad, in addition to collaborative workshops and performances, they recorded their first joint album. Since then, they are on tours.

The artists explore the possibility of dialogue and the exchange of ideas through improvisation, in order to achieve interaction in the broad range of their own areas. The objective is to achieve a collective artistic practice that comes into being at the intersection of space, movement and audio articulation within the spatial, semantic and political potentials of the site. Elements of individual expression are no longer restricted to affective reactions of the given and uniform artistic field. During this creative event, constantly repeating unknowns are recognised. The principle of equality of different artistic techniques within the process can form a new practice, the outcome of which is a potential original vocabulary of new expressions. 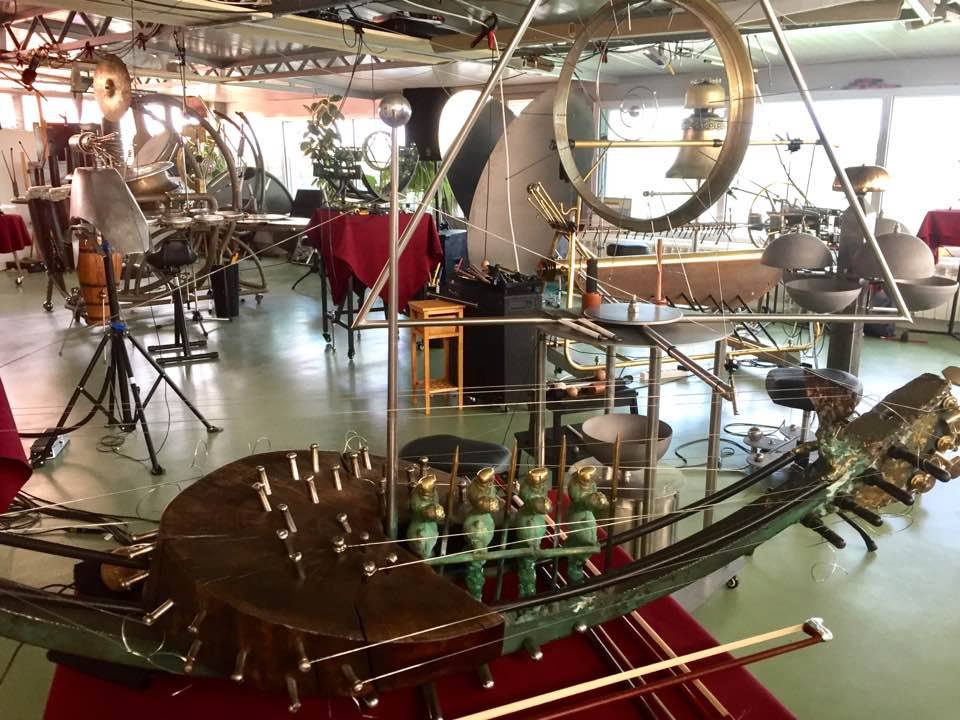 The act of creating itself – playing on a scene is a whole issue that represents authentic form of multimedial performance. During the performance on ‘ASL’ sculptures a spiritual ars-integral improvised form is created, between a new form of instrument (‘ASL’ sculpture), a new authentic sound and a new way of aliquotal playing and singing. 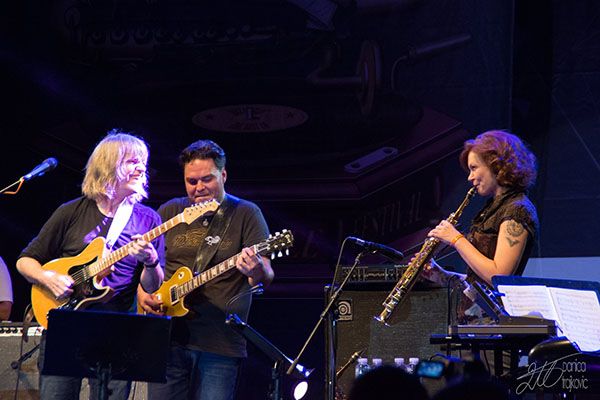 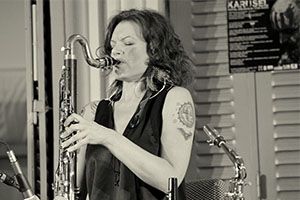 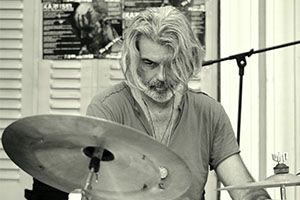 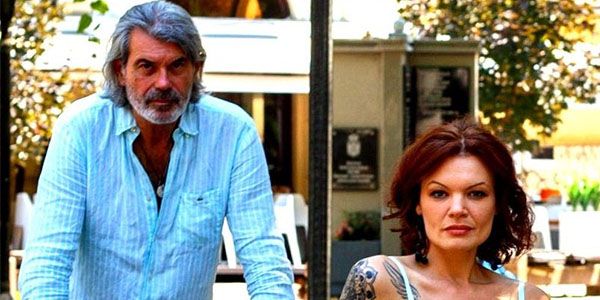 Through Flow Vertical, new coolaboration in improvised music came up; where percussions meet saxes, spacedrum and bass clarinet. This unique combination, brings new quality in improv music, with a spiritual imaginasion and awareness in creativity.

is a duo, playing creative improvised music, in search for new sound and form, leading the listener through different musical situations, changes and arrangements. Music they play, has a diverse sound. Musicians use various instruments, loopers and processors. 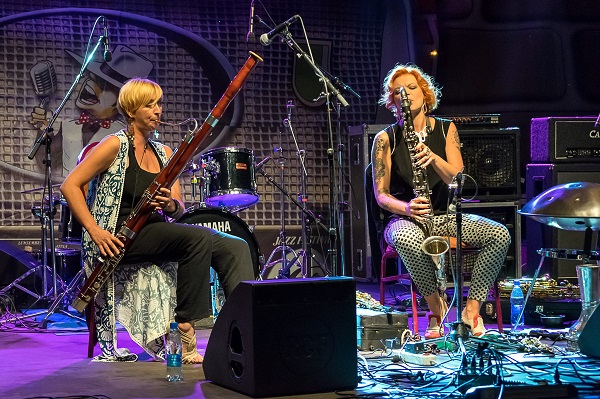 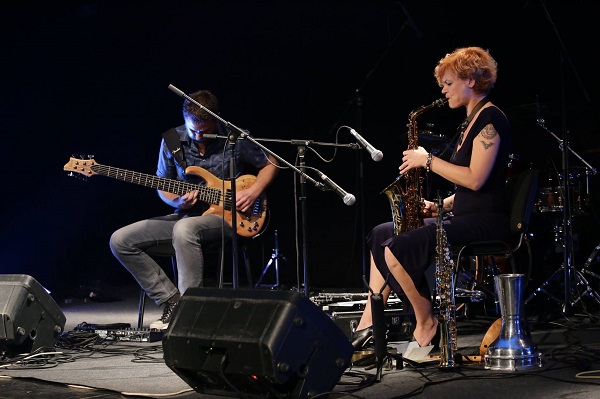 DHARMA is a musical duo from Serbia, performing improvised experimental jazz music, inspired by the internal Sound. Music of Dharma is a combination of various acoustic and electric instruments, processors and loopers. It is an experiment, interactive exchange of ideas with emphasis on jazz, ancient Sanskrit mantras, and Balkan elements, practice and play with the sound acoustics. Members of Dharma are Jasna Jovicevic (saxophones, flutes, percussion) and Armand Mesaros (bass). They play on prestigious festivals in Region ( Green Town International Festival, Novi Sad International Festival, Ethno.com Festival, various concerts).

Travellers is a studio album, combining various improvised and composed melodies and musical situations. Duo is creatively experimenting with acoustic sounds, looped ostinatos, free improvisation, el.effects, and mantras, such as 32 names of Durga, Gayatri mantra, and Shiva mantra. The aim is to produce calm meditative, but also exciting musical environment, free of forms, rules, concentrating on the Sound itself. 8 songs are just one moment of their inspiration.

Multidisciplinary approach in music is stated as a new music experience. When the abstraction of music exists in space, time and motion, interactive vibration changes, in cooperation with other creators, is transformed into a new form, regardless of the height and length of sound.

For the last 10 years, Jasna has been collaborating with dancers, poets and painters in various collaborative, multidisciplinary works, in USA and Europe.

The newest collaboration is Imago Sonus. 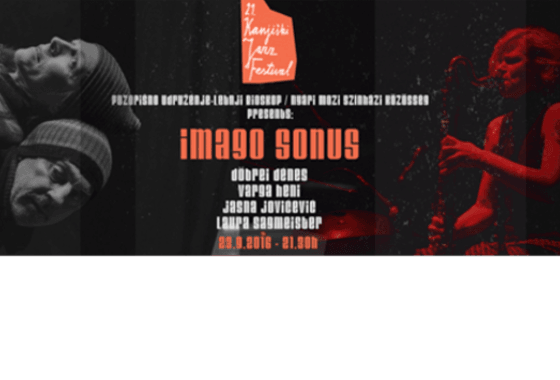 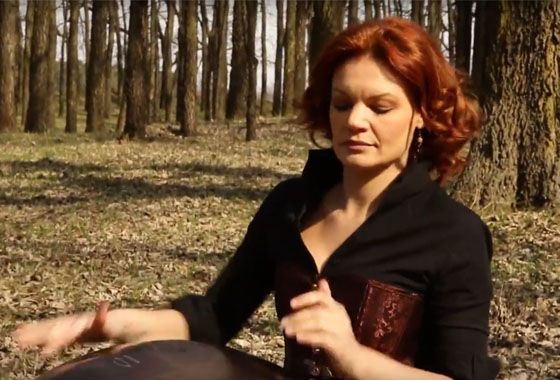 Inspired by Nature and meditations.